Home > Headlines > WHY TATCOIN IS MAKING WAVES IN AFRICA! 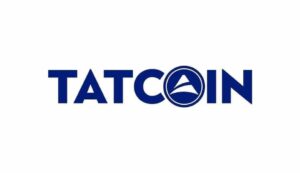 The success of these multi-billion dollar companies have validated optimism around technologies like AI, IoT and blockchain, the foundation of Bitcoin – a decentralized currency liberated from any central bank’s control.

But among the dozens of other prominent blockchain projects — most of which are only quasi-operational — one is remarkable both for its developers’ location and the audacity of its ideas. It’s called Tatcoin, often shortened to $Tat.

It’s creators Gaius Chibueze, nicknamed the Bitcoin Chief, and his creative team at ABiT Network are expanding the frontier of possibilities in the nascent industry with a high scope technology.

Tatcoin Token, under the Parent Company ABiT Network, is a tradable token in the cryptocurrency market that would be used as the official transactional currency of the ABiTnetwor and also serve as a store of Value.

This utility token is focused on simplifying payment processes for goods and services and would be available to every user on the ABiT network Ecosystem, which strikes the balance of advantages of old-good cryptos and the innovation that is to eliminate their drawbacks.

The newly launched seems  successful and is developing rapidly making the news around Africa, making the community of Tatcoin holders happy, as it commands adequate security, imposes no limits on the exchange and has been listed on multiple exchanges already. The Tatcoin token has high growth potential.

Tatcoin is an Ethereum coin based on the ERC20 platform, which speaks for itself — the most profitable cryptocurrencies utilize the same platform. Ethereum has won acclaim from corporate clients, which none of the rivals (except Bitcoin) has matched. Tatcoin Tokens were distributed via public sale and the company raised over 720,000$ at a pre-sale price of 0.03 USD.

The token gives users a range of privileges, such as discounted rates faster transactionsand ease of making payments in the Ecosystem. Tatcoin has already been listed on popular exchanges since July 2020.

And has gone from a Presale price of 3 cents to over 10 cents as at the time of writing this report. ABiT Network itself has a thoroughly developed business roadmap, which they are sticking to quite firmly: the number of products they are building to  support  Tatcoin and form its use cases is constantly growing, and in the nearest future, they are planning to integrate with multiple partners and service providers outside thier Ecosystem and push the decentralization even further — this ensures the dramatic increase in value.

“As you know, a token like bitcoin has an Ecosystem and we will break this into different Valuechains which will be like a series,” said Obiajulu ABiT’s Chief Operations Officer.

ABiT Network is the owner of Tatcoin and has birthed a lot of other companies or products
Using Tatcoin token as Transactional currency, which avails you discounts on all of these products which  are called use cases of Tatcoin.
Use cases are what give Cryptocurrencies value.
When people can use a token or coin to make purchases or pay for services, this makes it easier for holders of such coin to be able to spend it and also vendors to be able to accept it because there is utility.

This is exactly what Tatcoin was created to be, a coin with real life use cases with which you can use to pay for your taxi fares with Abitmove , pay for real estate investment with Abitcrowd , pay for flights and other travel expenses on ABiTgo
pay for agricultural investment on ABiT Farm
and lots more.

But beyond the ECOSYSTEM utility of Abitnetwork , Tatcoin is tradable on Cryptocurrencies EXCHANGES.

Right now,  Tatcoin is  listed on
Naijacrypto, Bidesk, IDEX and Bitfxt and of course they have ABiTrader which thier  own peer to peer trading platform.

Apart from being a TRANSACTIONAL CURRENCY and A TRADABLE COIN, Tatcoin is and can also used as a store of value for those who want to hold for long term due to limited supply and its TRUE utility which attracts new users daily.

This is because the supply can never be increased and those who bought  at 3 cents during pre sale and currently buying will sell for more are selling for more now that it has hit exchanges or hold for more years like people who bought Bitcoin in 2009 for 1 cent and still holding now that it is worth about 9000 dollars.

Imagine buying something for 3 cents and holding it for 5 years or more and that item bought at 3 cents get to be worth 5 or 10,000 dollars (just an instance

“These factors make this new player a strong attraction for anyone seriously involved with cryptocurrencies,” said Obiajulu.

There might be different meanings to the word “ecosystem” but in regards to technology, it is the collection of solutions that a company uses to run its business, and how these solutions connect.

The ecosystem for Tatcoin consist of ABiT rep, Tigur, ABiT go, ABiT Farm, ABiT Play, ABiT Skillsmart, ABiT Crowd, ABiT Charity and lots more which we will look at one by one in our next series

A value chain is a set of activities that a firm operating in a specific industry performs to deliver a valuable product (i.e., good and/or service) for the market.

The main reason ABiT was built is to offer value to the users and at the same time get profit for the company and investors.

According to the Chief Operations Officer Obiajuly; these are the following benefits Tatcoin accrues:

“With this value-chain, a lot of people will be included in the ecosystem. ABiT is creating products really tailored for people’s needs,” says Ajulu.

Beyond just being a means of payment, Tatcoin can be used for a lot of things, with a lot of products in the ecosystem.

ABiT has also created an opportunity for most youths that want to create wealth but can’t patronize some platforms because they do not have the money. ABiT gives everyone limitless opportunities.

For instance, you can buy land on ABiT Crowd even if you don’t have money, ABiT allows you to pool resources together with other people. This also opens up opportunities for about 23 million youths without Jobs to build wealth.

If you look at the Ecosystem, the three major categories form a very interesting value-chain for the entire community. There are two products that serves as a gateway to the ecosystem, that is ABiT Trader and ABiT Reps. Those are the two major platforms that can bring more people in. So as people are creating wealth with ABiT Trader, ABiT Crowd and the rest of them, they will also re-invest the money using the same capital to spread to other platforms because if people patronize a product once and get a good deal, they are more likely to become loyal customers.

ABiT has created an ecosystem that makes people use the products one after the other, an example is If User A comes in through ABiT Trader, that same User A can also explore ABiT Crowd and also re-invest in the native token, Tatcoin .

One thing ABiT has preached for a while is telling users to save money according to the COO Ajulu, but you have to realize that in order to save money, you need a consistent flow of income, because even if one has savings and puts it in a system that does not command multiple percentage capital gain, that investment might be liquidated by the holder.

This is why ABiT has created different products that will continue increasing the cash flow of the users and they will be likely to keep the investments.

As people come on board through ABiTrader and ABiTreps it will also increase their participation in other platforms like ABiT Crowd and ABiT farms and buy lands, people will be able to buy Land and leave it until maturity, also farm slots and at the same time ABiT Discount shoppers makes it easy for people to buy products like cloths , bags and shoes at a discount rate and more cheaper price.

ABiT crowd allows people to crowdfund land and also building structures, ABiT go allows people to travel luxuriously around the world, ABiT Trader is a structured platform that allows you learn about Cryptocurrency and also trade it , ABiT farms allows people invest in agricultural products and farms all tied together using Tatcoin. In essence, a huge demand awaits the system and growth is inevitable.

The possibilities with Tatcoin is limitless on a continent of 1.216 billion people seeking to improve trade with one another.

In July, Wamkele Mene the recently appointed Secretary-General of the African Continental Free Trade Area Secretariat said: “digital trade is the next big thing in Africa”.

What more to power such trade than blockchain technology efficient for receipt and tracking payments? What better product than Tatcoin with for its utility. 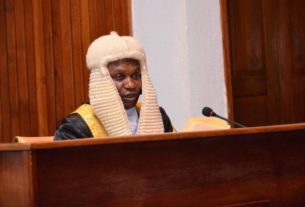 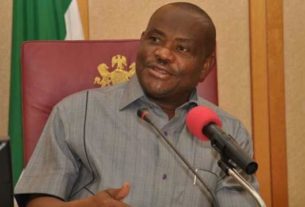 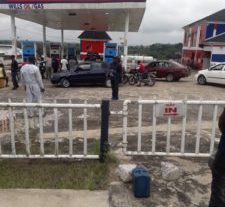 85 thoughts on “WHY TATCOIN IS MAKING WAVES IN AFRICA!”