The Minister of Information and Culture, Alhaji Lai Mohammed, has said the choice of the APC Governorship candidate for Kwara state will be made through a rigorous and transparent process, as the party is set to win the state’s governorship election in 2019

The Minister, who is the leader of the APC in Kwara State, stated this in Ilorin on Wednesday, at a parley organized for the APC governorship aspirants in the state to present their vision and mission for the state.

He described as unprecedented the parley that saw 12 of the 13 governorship aspirants under the auspices of the APC present their manifestos to the state APC stakeholders at a well-attended and well-organised session in the state capital.

”This parley is one of a kind, perhaps unprecedented in the history of our dear state. It signposts our determination to conduct a transparent and hitch-free primaries, to do things differently from

the past so that we can move our state forward and raise the living standards of our people. After all, governance is all about the people,” Alhaji Mohammed said.

He said all eyes are on Kwara State because of the level of interest that has been shown in the governorship ticket of the APC in the state and the fact that the party is set to occupy the seat of power in the state in 2019.

The Minister said the parley will go down in history as the first time  any political party in Kwara State will be organising such a forum as a platform to analyze the vision and mission of its aspirants.

Explaining the process, he said each aspirant was required to present his vision and mission to party stakeholders, in an open, transparent and organized manner.

”If you become the Governor of Kwara State under the APC flag, what can the long-suffering people of our dear state expect from you? How do you intend to ensure that the government serves the people rather than just one man? How can what has become a one-man rule be transmuted to majority rule for the betterment of the people? The answers to these and other questions will give us an insight into your plan of action for the state,” Alhaji Mohammed said

He said there is no favoured candidate among the governorship aspirants, adding: ”We have not and do not intend to predetermine who our candidate will be. Whoever emerges will do so through a rigorous, transparent process. So let’s all keep an open mind.”

In his remarks, the Caretaker Chairman of Kwara APC, Hon. Bashir Bolarinwa, said the parley marked a radical departure from the past when past chief executives of the state were determined by just one man.

“You will agree with me that we are today laying a foundation that will become a benchmark in assessing the future chief executives of Kwara State. As you are aware, this is a clear departure from the ‘Mo fun e’ (I gave you) hegemonic system that has only succeeded in producing governors that are not only disconnected from the people butexhibit unbridled loyalty to a single man because of how they got to office,” he said. 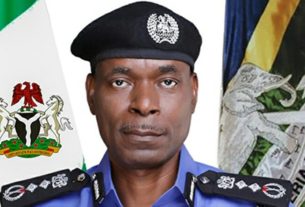 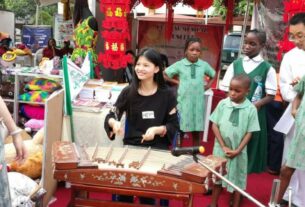