Home > Business > Nigerian financial market posts mixed results
By Andy Nssien
The nation’s financial market during the week reported mixed performances with the overnight  lending rate expanding in the money market, while activities in the treasury bills were bullish with sentiments supported by relatively healthy system liquidity. However, the stock market was bearish in the three weeks running.
Equities
The equities market extended its bearish run for the third consecutive week, as the Nigerian Stock Exchange All-Share Index (ASI) shed 2.11% w/w, to close at 36,603.44 points, amid persisting negative sentiments. Four of the five sessions for the week closed in the red, as the Month-to-Date and Year-to-Date losses rose to 4.38% and 4.29%, respectively. Activities picked up during the week, as total volume of trades jumped 37.50% to 1.66 billion units, valued at NGN14.83 billion (-14.40%). Most sector indices closed lower – Consumer Goods (-3.72%), Banking (-3.59%), Industrial Goods (-3.26%), and Oil & Gas (-2.22%) – save for the Insurance (+0.08%) index. Market breadth was negative, with 54 losers against 16 gainers, respectively, led by UNIONDAC (-34.29%) and LINKASSURE (+9.72).
Money market
The overnight lending rate expanded by 625 bps, w/w, to close at 15.67%. System liquidity was relatively healthy for the major part of the week on the back of inflows from (1) matured OMO bills (NGN523.74 billion), (2) primary market repayments (NGN71.37 billion), and (3) bond coupon payments. However, outflows for OMO (NGN496.26 billion) and FX sales (USD210 million) reduced liquidity, leading to a rate expansion.
Treasury bills
Activities in the treasury bills market were bullish, with sentiments supported by relatively healthy system liquidity. Consequently, average yield fell 32 bps to 11.87%. Investor sentiment was positive across the short (-54 bps), mid (-33 bps), and long (-18 bps) ends of the curve, amid increased demand for the 76DTM (-102 bps), 132DTM (-132 bps), and 195DTM (-46 bps) bills, respectively. Meanwhile, at this week’s primary market auction, NGN107.05 billion worth of bills were sold, against an offering of NGN178.41 billion. NGN5.85 billion, NGN26.60 billion, and NGN74.60 billion of the 91-day, 182-day, and 364-day bills were allotted at respective stop rates of 10% (previously 10%), 10.5% (previously 10.5%), and 11.49% (previously 11.5096%).
Bond
Trading in the bond market were mixed, albeit with a bullish tilt, as positive sentiments, amid healthy liquidity, were tapered by the release of the Q3-18 bond issuance calendar and bond offer circular for July. In line with expectations of increased government borrowing to fund the 2018 budget, the calendar indicates an increased offer amount of NGN270 billion (vs. NGN220 billion in Q2-2018 but still less than the NGN405 billion in Q3-2017) – strengthening the case for higher yields in the medium term. As a result, average yield fell by 3 bps, w/w, to 13.85%. Demand for the JUN-2019 (-83 bps) bond led to yield contraction at the short (-16 bps) end of the curve. Conversely, yields expanded at the mid (+5 bps), and long (+2 bps) segments, with the JAN-2026 (+14 bps), and MAR-2036 (+9 bps) bonds recording the most significant expansions, respectively.
Foreign Exchange
The forex market remained stable during the week, as the naira strengthened against the dollar by 0.28% to NGN360 in the parallel market, while it weakened marginally by 0.12% to NGN361.60 in the I&E FX window. However, the foreign reserves continued to decline (for the second consecutive week), dropping by 0.37% to USD47.45 billion, amidst sustained intervention in the FX market by the apex bank, wherein USD210 million was sold. Total turnover in the IEW dropped by 19.61% to USD626.24 million, with 99.79% of trades consummated within the NGN360-NGN369/USD band. In the FX forwards market, the NGN/USD depreciated across all major dated contracts – 1-month (-0.10%), 3-month (-0.06%), and 6-month (-0.05%) – save for the 1-year (-0.17%) contract, closing at NGN364.72, NGN371.15, NGN382.47, and NGN402.86, respectively
Analysts in Cordros Securities Limited in their reaction to the business in the stock market during the week said selloffs were likely to persist in the short to medium term, in the absence of a positive one-off catalyst. However, likelihood of gains in the long term remain supported by still-positive macroeconomic fundamentals.
In the coming week in the money market, they said the bullish trend was expected to persist, on the back of anticipated healthy liquidity. “These areinflows from (1) maturing OMO bills (NGN404.32 billion), (2) monthly FAAC disbursement to state and local governments (NGN321.50 billion), and (3) bond coupon payments are likely to outweigh outflows; thus, higher liquidity. In effect, a contraction in the overnight lending rate is likely.”
According to the researchers, yields were expected to take a cue from auction stop rates in the coming week in the bond market.
“However, we reiterate our expectation for modestly higher yields in the medium term, anchored on (1) weakening signs of monetary easing, (2) capital flight amid higher yields in safe haven assets, (3) political uncertainty stemming from the upcoming elections, and (4) increased government borrowing to fund the 2018 budget.”
At the FGN bond auction scheduled for Wednesday, 25th July 2018, the DMO plans to offer NGN90 billion – NGN25 billion of the APR-2023 (re-opening), NGN25 billion of the MAR-2025 (re-opening), and NGN40 billion of the FEB 2028 (re-opening) – in bonds to investors.
During the week, Shell Petroleum Development Company Nigeria Limited (SPDC) reported that it had lifted the force majeure on Bonny Light exports, one of the country’s major sources of oil revenue, following the repair and re-opening of the Nembe Creek Trunk line.
“We expect to see an uptick in oil production and exports in the near term, a bonus for Nigeria’s export earnings and government revenues,” the analysts added in their report.
Tagged Nigerian financial market 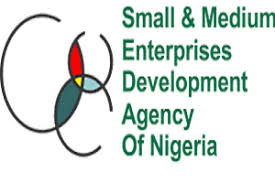 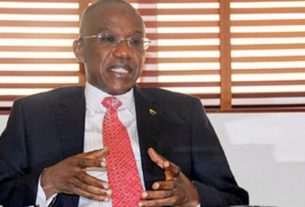