A university don, Dr. Sunny Mbazie has advocated the setting up of the Journalism Rights Commission to handle issues of attacks against journalists in Nigeria.

Mbazie, a lectuerer at Linguistic & Communication Studies Department of the University of Port Harcourt, was speaking as a guest lecturer at Abia NUJ Press Centre Umuahia on the theme “Information as a Public Good.” to mark the 2021 World Press Freedom Day.

He said such commission would protect the interest of journalists. He equally recommended that the rights of the press and its mode of operation should be inculcated in the curriculum of the trainings of the Police to improve relationship between the Police and journalists.

Mbazie further called for an enactment of a shield Act for journalists to ensure protection of sources of information of journalists as obtainable in advanced countries.

According to him, the shield law would gurantee true freedom of the press. He equally said that reactivation of the extant law for the practice of journalism and press council would assist in dealing with quacks and journalists who involve in unethical practices.

He opined  that efforts should be made to bail out media house that are affected by covid-19 economic challenges, as such would help to strengthen public information.

The university lecturer maintained  that the Freedom of Information Act should be amended to repeal those cumbersome sections that do not ensure speedy supply of information necessary to meet deadlines in newsrooms.

He said there must be a freedom of press for democracy to thrive, adding that elections and votings are not enough tenets of democracy but freedom of the press is part of it and should be allowed.

For him, to have good governance, the press freedom must be guranteed as, “public interest is an overriding interest in journalism”.

He urged journalists to avoid recklessness in reportage which is capable of inciting the public and enjoined the NUJ to  prepare journalists to be responsive, saying that journalism is not for the lily-livered.

Mbazie who regretted that the NUJ has not done anything to immortalize late Dele Giwa who paid the supreme price for journalism in Nigeria, was of the view that funds should be set aside to cater for the families of courageous journalists who could be incarcerated in course of performing their jobs.

Speaking, the Secretary to the State Government, Barr. Chris Ezem represented by the Director of Information, Office of the SSG, Comrade John Emejor charged journalists in the State to be circumspect in reporting sensitive security matters as well as write to protect the police and other security agencies in Nigeria.

He urged them to use journalism to promote Abia State government and its activities and congratulated them on their celebration.

Also speaking, the State Commissioner for  Information, Chief John Okiyi Kalu said Abia State has remained one of the safest State and has ensured freedom of the press without any form of suppression and intimidation from the government.

He enjoined journalists to report development, peace and prosperity in the State, stressing that bad reports create bad environment which does not promote security, “I need you to feel personally responsible for the development of the State, because you are the channel through which people hear the State”.

He disclosed that Governor Ikpeazu has carried out many developmental projects in road infrastructure, agriculture, trade & commerce, SME development, security among others and emphasized the need for publicising these strides instead of pushing for negative stories.

Contributing, the Chief Press Secretary to the Governor, Onyebuchi Ememanka acknowledged that press freedom is critical for the survival of democracy, adding that there cannot be a good democracy without press freedom.

While appreciating the cordial relationship that has been existing between his office and the NUJ, Ememanka assured journalists of continuous support of their activities as he enjoined them to sustain the tempo in publicising governor Ikpeazu’s giant strides in the State. 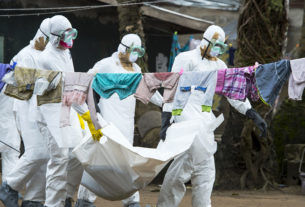 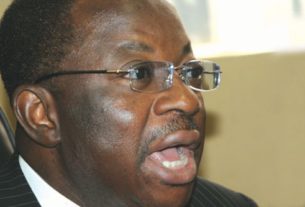