Each of the twenty three Local Governments was given one hundred bags , while Senator Aliyu Magatakarda Wamakko, gave each of them N 30,000, for transportation of the commodity to their respective areas.

The distribution of the commodity was flagged off by the Acting Chairman of the Party in the state, Alhaji Isa Sadiq Achida, on behalf of Wamakko.

Achida desrcibed the gesture as unparalleled, adding ,” it will go along way to alleviate the suffering of the beneficiaries.

” This invaluable gesture cannot come at a better time than now when the Muslims are observing the Ramadan fast.

” The commodity will enable the beneficiaries to celebrate the forthcoming Eid el Fitr celebrations with ease .”

Achida also noted that, Senator’s Wamakko penchant for philanthropy and  welfare is unequalled .

” APC and its members will remain grateful to you, other National and State Assembly members,as well as other political appointees under the platform of the party , ” he averred.

Achida further challenged the Sokoto State Government,to disclose the amount of money donated to the victims of the recent Sokoto Central Market inferno.

” The money should also be urgently disbursed to them,to alleviate their suffering, as well as to enable them to restart their own businesses, ” he explained.

The acting Secretary of the party in the state, Alhaji Abubakar Muhammad Yabo, commended Senator Wamakko for always championing the cause of the masses

The Spokesperson of the APC Chairmen in the state, Alhaji Abubakar Sardaunan Shagari, Chairman of APC in Shagari Local Government, lauded Wamakko for according top priority to the comfort and welfare of the people of the state . 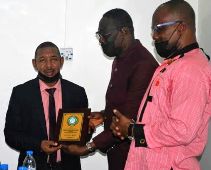 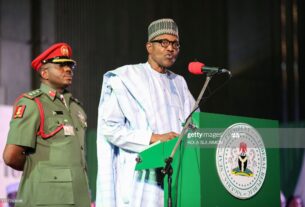 Buhari To Address National Assembly On Thursday Over Insecurity.