Home > Headlines > Only PDP can decide my successor —Gov Wike

Rivers State Governor, Nyesom Wike has stated that only the Peoples Democratic Party (PDP) stakeholders in the state will decide his successor.

According to him, no single person will decide where the party’s governorship position would be zoned.

Wike made the assertion on Saturday, during PDP’s grand finale campaign for the April 17 council election.

He said: “I don’t want to talk about politics of who is from here and who is not from there. At the appropriate time, the PDP family will sit down, the leaders of the party will sit down and look at everything together and then take a decision, not one man and even me as a governor cannot say this is where we are zoning it to.

“You cannot say that. It is not your father’s property. So, nobody should panic. It is not for one man who thinks he owns Rivers State. Somebody said he is going to give governorship slot to the Kalabaris. Now, it’s no longer to the Kalabaris, but to the riverine area.”

Furthermore, Wike slammed the All Progressives Congress -(APC) led Federal Government for failing to deliver its mandate to Nigerians.

Accordingly, he called on Nigerians not to listen any longer to empty promises of APC politicians, who made promises of ensuring that the naira and the dollar would be equivalent, create jobs for youths and contain insurgency, but failed to live up to their promises. 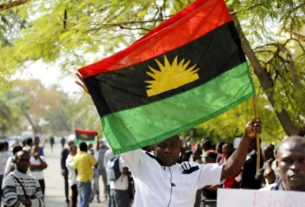 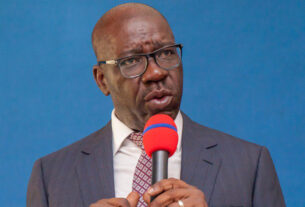 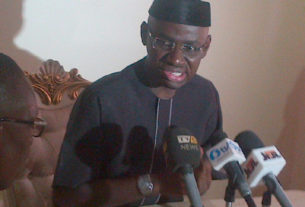